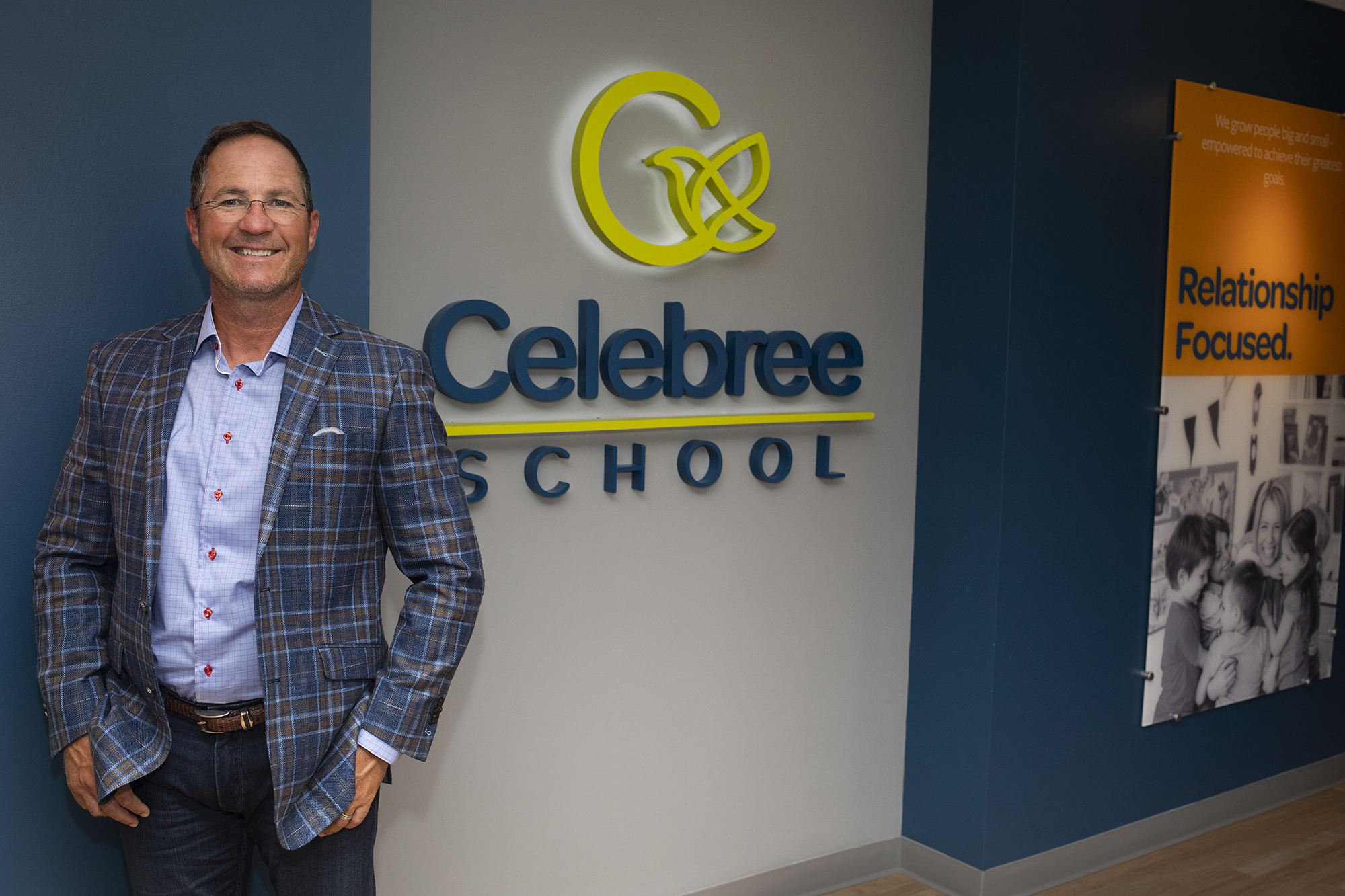 Richie Huffman, President and CEO of Celebree Schools in Maryland, opened his first school in 1994. Today, there are 43 locations, which puts him nearly halfway to his goal of 100 by 2025.

The days were long when Richie Huffman used to wake up at 3 a.m. to start his delivery route. The Maryland entrepreneur owned a bakery distributing company and would set out each morning to deliver pies, breads, and other goodies to area hospitals, restaurants, and retail locations.

His venture was successful, but something was missing: He wanted to make a difference in people’s lives.

The opportunity to change direction came in 1994, when a gentleman approached Richie’s parents about expanding their small childcare center. When his mother declined, Richie saw it as a chance to pursue a dream that would be more fulfilling.

That first location quickly grew to a second, and as the momentum continued, Richie’s business grew into what’s now Celebree Schools, which provides infant and toddler care, as well as before- and after-school programs and summer camps.

“I find such a tremendous amount of joy in watching these little ones grow and prosper,” he says. “But I really started to find my inspiration in our teachers. We like to say that we ‘grow people, big and small.’ For me, that’s the development of our kids, but it’s also helping our teachers find meaningful careers.”

Richie runs 26 Celebree Schools locations, but he wanted to give others a chance at entrepreneurship. He created Celebree Enterprises, which helps develop and support new franchise operations. The first launched last year. Today, there are already 17 franchise locations.

At each step, Richie has taken his ideas to the business banking team at PeoplesBank. “I consider PeoplesBank our partner in this journey,” he says. “I know when I go to them with a goal that they’re going to help us get there.”

For Richie, that goal is 100 Celebree Schools by 2025. And he has no doubts of achieving that.

“PeoplesBank has done a lot to get to know us and understand our business,” Richie says. “We know that when we help our new franchise owners open a school, we’re sending them to a banking team that’s there to support them.”