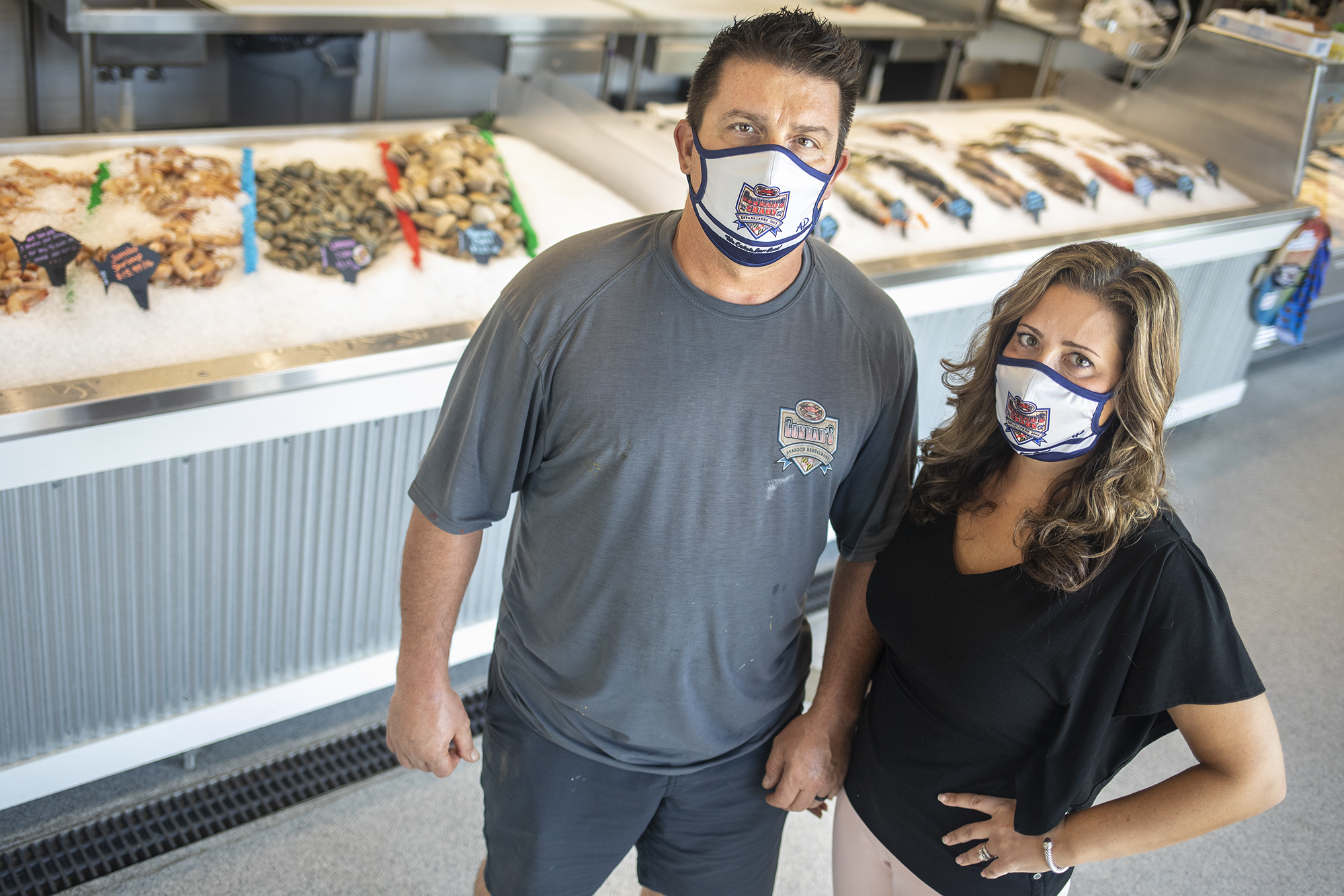 Andrea Conrad thought her husband was a little crazy when he came home from work one day and said he wanted to be a full-time crabber.

Anthony loved being out on the water. For three years, he’d wake up at 4 a.m. to crab before heading into his corporate sales job. He’d sell the crabs wholesale to restaurants and steam them for friends and family on their back porch.

“It just started to grow, and we thought we had something special here,” Andrea says.

Anthony quit his job, and in 2007, the two opened a carryout location, Conrad’s Crabs and Seafood Market, in Parkville, Maryland.

The business gave them something they both loved. For Anthony, it was an opportunity to spend each day on his boat. For Andrea, it was interacting with people and making them happy.

In 2016, the Conrads developed a relationship with PeoplesBank when a branch opened across from their restaurant.

“We knew we wanted to grow,” Andrea says. “We always wanted to be open to the next opportunity and to be smart about it, and PeoplesBank was a good fit for that.”

In 2019, they added Conrad’s Seafood Restaurant in Abingdon in April and Conrad’s Crabs and Seafood Market in Bel Air in August.

When the pandemic struck earlier this year and business came to a standstill, PeoplesBank never stopped offering direction and support.

“We didn’t know what was going to happen to us,” Andrea says. “PeoplesBank was there to guide us through the PPP process, and it meant so much to us.”

With business picking back up at the restaurants, the family is starting to breathe a little easier.

“I don’t know if I would have ever envisioned this for us,” Andrea says today. “The right doors opened, and we know we have a community that’s here to support Conrad’s.”