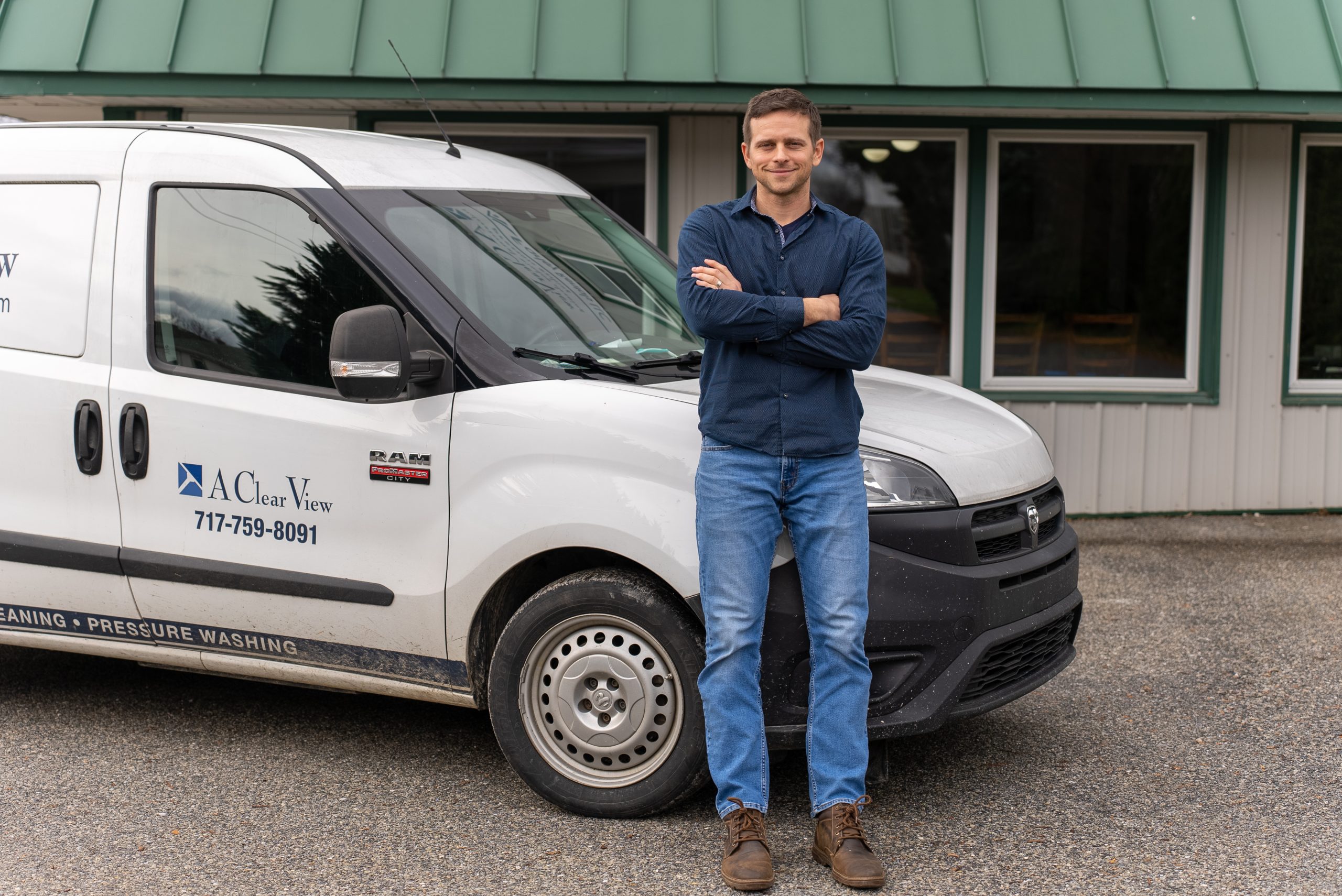 When Dan Farley needed to purchase a commercial building for his window and pressure washing business, PeoplesBank was ready to act.

Dan Farley thought that his summer job washing windows after high school graduation was just a way to save money for business school. He never imagined that 18 years later, he’d have a staff of 23 and a fleet of 14 vehicles, cleaning windows and power washing commercial and residential buildings from Harrisburg to Washington D.C.

He and his wife married right out of high school and spent their first decade together building A Clear View out of their Stewartstown, PA home.

A quick and reliable partner

Dan knew he needed a commercial space to house his growing business. His neighbors were getting frustrated with his trucks lining the community curbs. He spent a year looking for the perfect spot.

When he finally found his dream building in 2016, Dan hit a wall. He couldn’t secure financing from the bank he’d been with since childhood.

Dan connected with the Stewartstown branch of PeoplesBank and after a 20-minute conversation, he had the paperwork for his commercial loan. By the next day, Dan had his preapproval, put in his offer, and was on his way to taking his business to the next level.

Since then, Dan has repeatedly turned to PeoplesBank to help his businesses grow. He began transitioning his personal and business banking services there and financed his fleet of vehicles with their help.

Confident he had found a great local banking partner, Dan began to pursue another passion—real estate. Dan founded Farley Rentals and, with the help of PeoplesBank, purchased several apartment buildings in Stewartstown, Red Lion, and York.

“The thing I like about Peoples is that it’s kind of like a small family feel,” Dan says.

Dan has never regretted launching his business straight out of high school. Looking forward, he’s hoping to franchise the company and give others a chance to own their own businesses.

Opening franchises that use the systems that he’s built and providing an opportunity for his employees to grow to the point of opening their own businesses would be awesome, he says.

“That’s what I love so much about small business and entrepreneurship,” he says. “It is difficult, and it is a struggle but all it really takes is just the will. Everything can be learned.”

Whatever is next in his entrepreneurial journey, Dan knows that the confidence he has gained having a banking partner like PeoplesBank behind him will help carry him forward into the future.