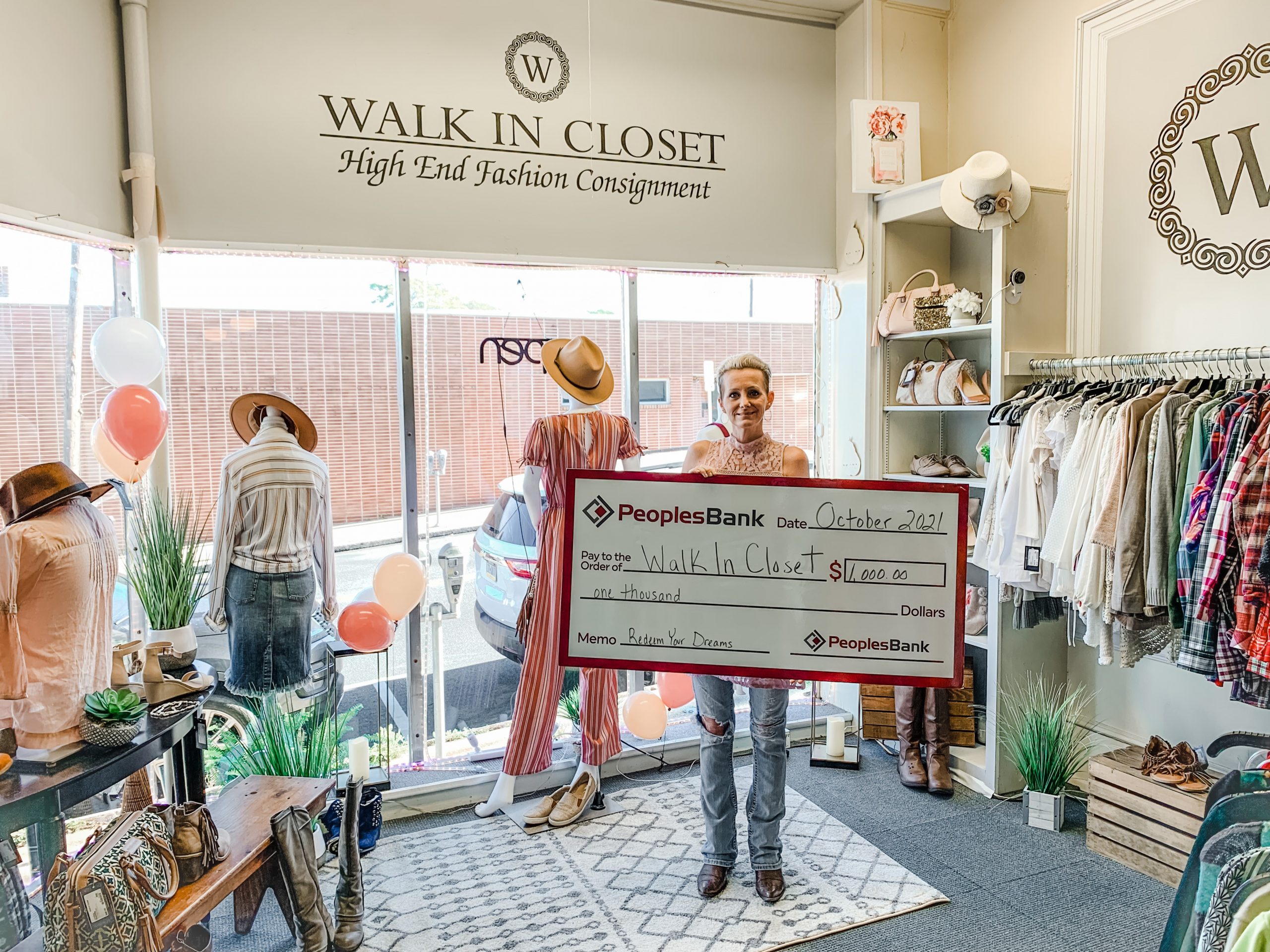 Congratulations to Laurie Miller, owner of Walk In Closet in Red Lion, PA, on being one of our Redeem Your Dreams winners! She won $1,000 to put toward her dream of building a successful small business after overcoming both personal and professional setbacks since opening her high-end fashion consignment store in 2019.

After being a restaurant owner for over 18 years, Laurie Miller decided it was time for a change. She wanted to pursue her passion for fashion and dreamed of opening her own high-end fashion consignment store. In August of 2019, that dream came true and Walk In Closet opened their doors to the community.

March 2020 wasn’t a good month for many, and like most businesses, Walk In Closet had to close its doors just 7 months after opening due to the COVID-19 pandemic. As if that wasn’t heartbreaking enough, Laurie was diagnosed with breast cancer just 10 days later on March 31, 2020.

Throughout the next year, Laurie endured chemotherapy, four surgeries, and radiation. They discovered that the cancer had spread to her lymph nodes, which called for additional surgeries and an oral round of chemotherapy. In March of 2021, Laurie came back to work even though she was still undergoing chemo treatment. Through it all, her husband, Troy, was by her side and encouraging her every step of the way.

Laurie was alone for the majority of her care due to visitor restrictions at her treatment centers. She credits her faith and her family for giving her the strength to fight for her life – and come out victorious on the other side. Laurie received the news in early October that she is in remission and cancer free!

As a way of giving back to the hospital that provided her care and to empower other cancer survivors, Laurie donated a large canvas for survivors to place their handprint in celebration of being cancer free! Laurie was the first survivor to lay her handprint on the canvas and many others now join hers. 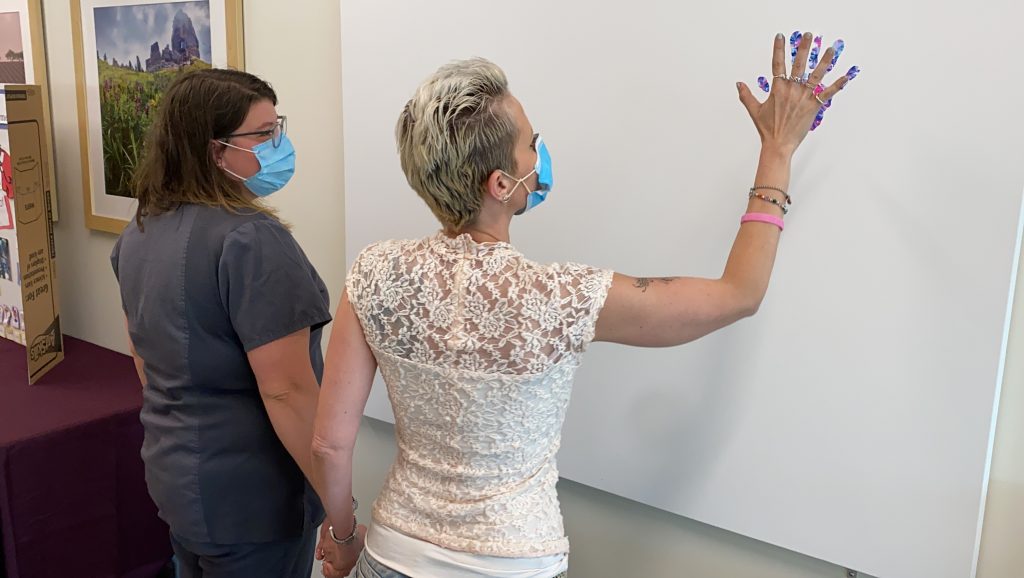 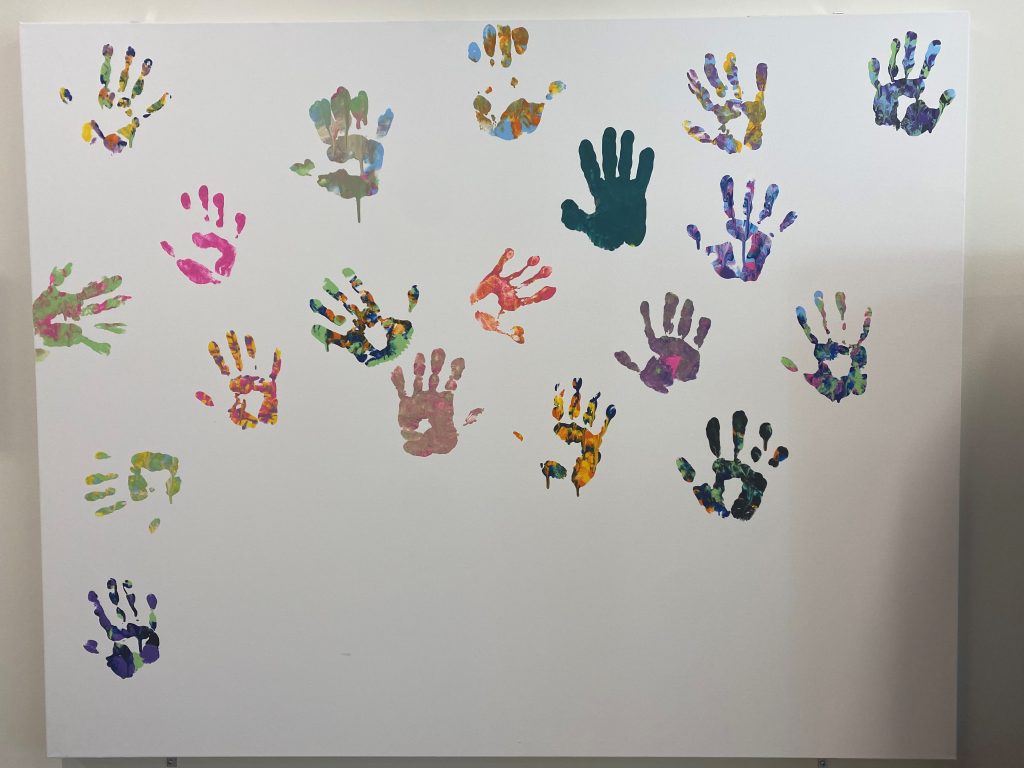 The initiative was so successful that Laurie has since created a non-profit, Holding Hands of Hope, and has already received word that several local hospitals will be implementing the canvas concept for their cancer survivors, too. Eventually, all of the handprints will overlap, connecting each of them with a common thread – they are fighters and survivors. But most importantly, they have all been given the chance to dream again.

Laurie plans to use the $1,000 toward Walk In Closet’s rental payments that remain for the rest of the year. She is grateful for this opportunity that has “saved her business” and has kept her simple dream alive – “love what you do”.

Congratulations, Laurie! Your perseverance is inspiring and we wish you all the best!

Learn More About Walk In Closet