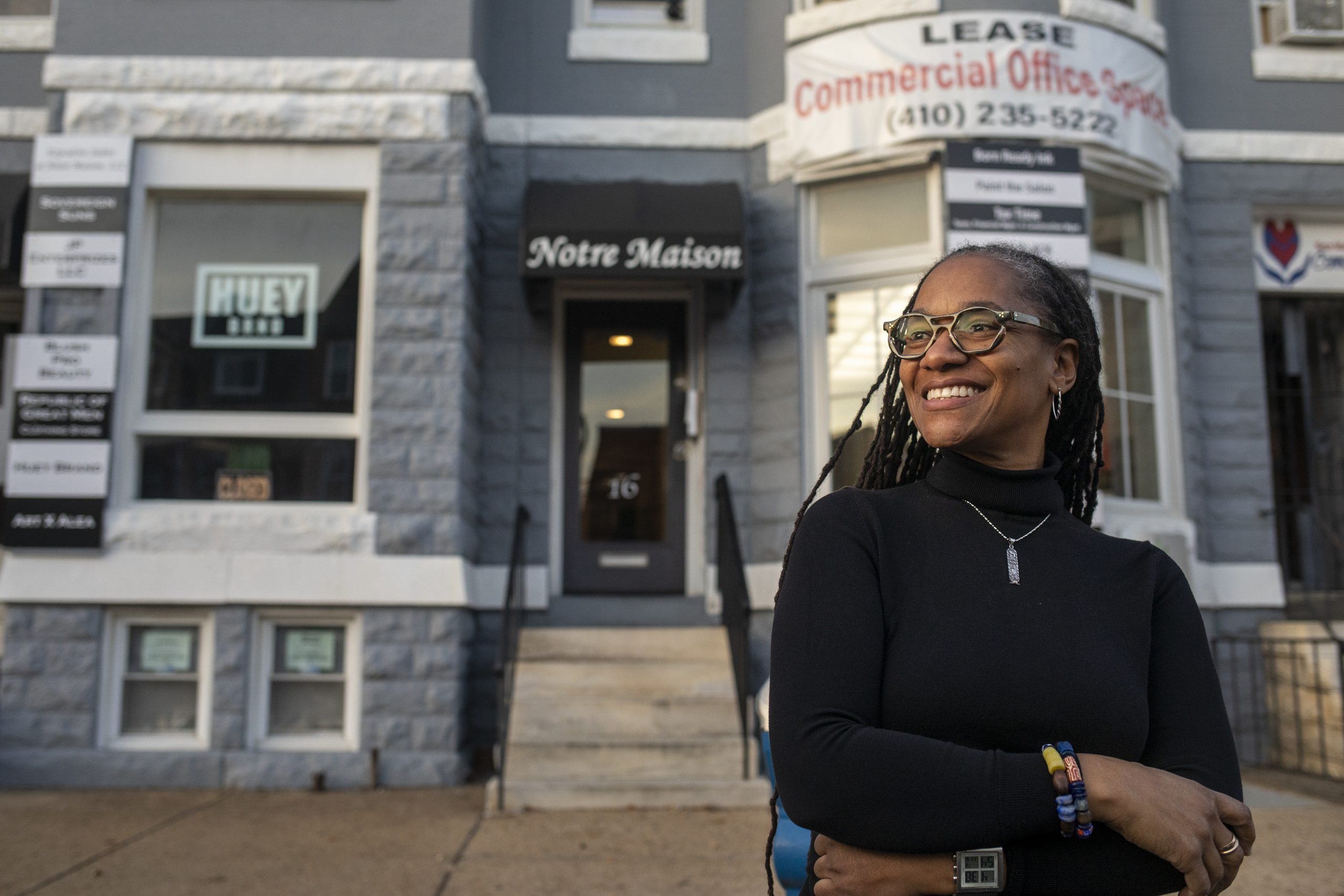 Jacqui Cummings, a full-time school counselor, started investing in properties to create a community after her divorce. Today, it’s where other businesses get support to grow.

Someone once teased Jacqui Cummings that she’ll soon own every building on the first block of West 25th Street in Baltimore.

She laughed at the joke, but pretty soon she started telling people that’s exactly what she was going to do.

While Jacqui isn’t quite there yet, she’s the proud owner of five properties: four commercial and one that’s her home.

She calls her business Executive Suites at Notre Maison, which is French for “our house.” And she wants her house to make connections — for anyone looking to pursue their own dreams and ambitions.

A New Way to Teach

Jacqui was a teacher for 10 years before she came to the realization that the best way for her to impact lives would be to counsel, so she pursued her master’s degree in counseling and changed her career path.

While she’s a full-time school counselor for the Baltimore City Public School System, she felt God was calling her to open a business. After her 13-year marriage ended, she decided it was time to take the leap and Open Notre Mason Tea House.

It began as an open mic night with teas, desserts, and poetry. She had strict rules about no profanity or vulgarity, and the community responded in waves.

Soon, she purchased the building next door, where 14 businesses are located.

While her business grew, she noticed an opportunity to branch off into a nonprofit, called Notre Maison Connects, that empowers 18- to 21-year-olds who needed a boost — whether it be paying for driver’s education, teaching CPR and first aid, leading first time home buying workshops, or even taking them fishing.

Through her business and her nonprofit, Jacqui’s focus has been on helping others get their start and watching them succeed.

Jacqui recently sat at the settlement table with Scott Schechter, Vice President, Business Banking Officer at PeoplesBank. As parts of the contract were explained by the settlement officer, Scott would turn to Jacqui and make sure she understood each item presented to her.

He took the time to review details, if needed.

“He looked at me like a person,” Jacqui says, pausing with emotion. “I feel safe. I’m not a number or just another client. PeoplesBank treats me like family.”

That support has not only allowed Jacqui to pursue her goals but to help others make a way for themselves, too.

A young man once selling clothes out of his trunk is now one of her tenants. She watched his work ethic, saw he was business savvy, and gave him a chance.

“There is a lot more I want to do for this community, but this is a start,” Jacqui says. “It’s about helping other people grow.”