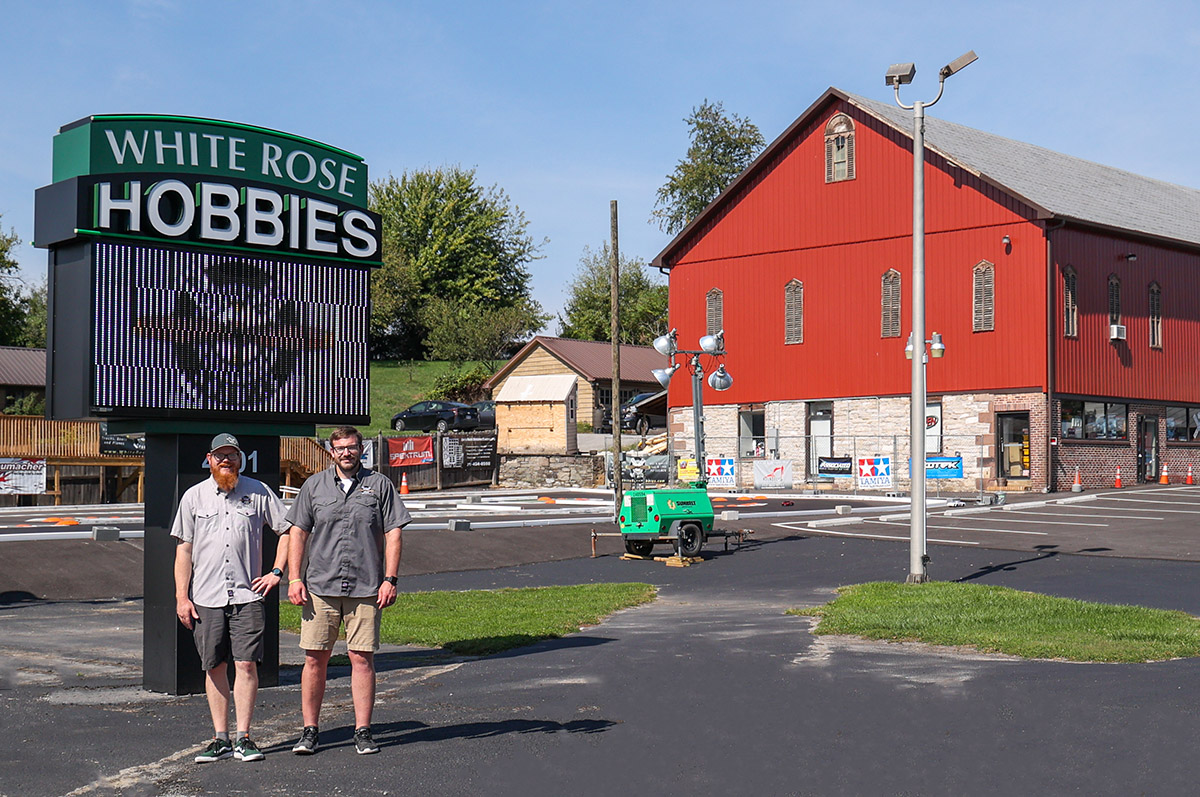 Tom Robinson and Ryan Thoman turned to PeoplesBank when they wanted to expand their York-area hobby store.

Planes, trains, and automobiles in multiscale miniatures line the shelves at Tom Robinson and Ryan Thoman’s White Rose Hobbies. Housed in an 1850s-era barn on Market Street west of York, the shop is a destination for hobbyists from throughout the region.

Ryan started the business with his parents in 2008 as an online store, then operated a small shop off Mount Rose Avenue in York. He has been building model train sets his entire life and knew the community needed a quality hands-on hobby shop.

His belief proved to be true.

A personal approach to a business loan

By 2017, the shop needed a bigger building and a fresh start. Ryan met Tom during his career as a freight train conductor for Norfolk Southern Railway and discovered through conversation that Tom’s family owned the historic barn on Market Street. The building was currently vacant, and the duo saw an opportunity to take White Rose Hobbies to the next level.

They reached out to PeoplesBank for a Small Business Association (SBA) loan that gave White Rose Hobbies additional resources for a property renovation and expansion of the business. With this new small business partnership, they discovered other areas of business to automate and upgrade — adding merchant services for sales processing and reliable commercial banking to support their growing business needs.

“PeoplesBank was really willing to work with us,” Tom shared with enthusiasm.

Tom and Ryan enjoy doing business at the York New Salem PeoplesBank financial center where that community bank’s roots are demonstrated. Outfitted with a smile and ready for his weekly visit, the drive-through tellers know and recognize their dog, Hank the labradoodle, where he often awaits, head happily outside the car window, for his treats via the vacuum tube.

With the reopening of White Rose Hobbies in 2017 at their new and improved location, Tom and Ryan expanded from offering primarily model trains to serving a broad array of hobbies.

“We’re really diverse,” Ryan says. “We have remote-control race cars, trains, planes, boats, and crawlers, and we have Legos. More than a few of our customers do more than one hobby.”

Since moving in, they’ve added an asphalt remote-control racing track and an expansive crawler track for larger remote vehicles outside. Over the last two years, they have hosted regular racing events that draw enthusiasts from as far as West Virginia and New Jersey. Constantly evolving model train displays in three scales fill parts of the inside retail space.

“We want to be the hobby destination for trains, planes, cars, and boats,” Tom says.

The pair aren’t done dreaming yet. They hope to expand the retail space to include more model planes and cars as well as grow their online shopping offerings, all with the help of PeoplesBank.

“It’s a cool feeling to create your own success and control your own life,” Ryan says.