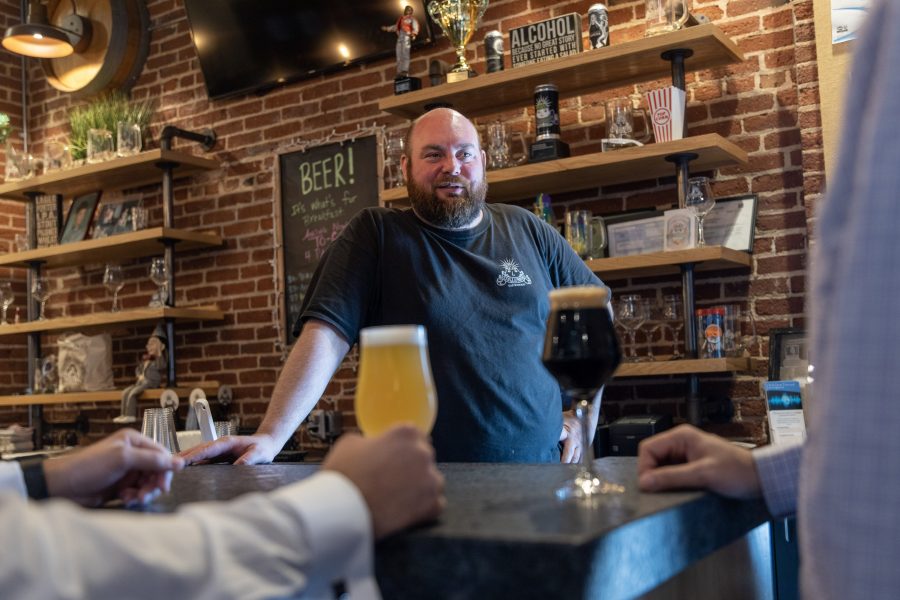 Jared Barnes grew tired of the hassle. He wanted to expand his York brewery, Collusion Tap Works, and the big-name bank he’d been working with a year ago was giving him the runaround.

“I was getting hit with ridiculous fees, and if I had any issues, I was getting a customer service line,” Barnes says.

Now, not only has his bar expanded to include a full-sized kitchen and a canning line for Collusion’s beers, it’ll expand next year to a retail location in Lititz with a restaurant, bar and music venue.

He credits PeoplesBank with making it easier to fulfill his ambitions.

“Within a day, they gave us the loan we needed and provided us with merchant services processing,” Barnes says. “They’re a block away, so I can walk in there and talk to someone directly at the bank. It was a no-brainer.”

“The bank has been in the county since 1864,” Kveragas says. “We take pride in being home grown and taking care of our own.” 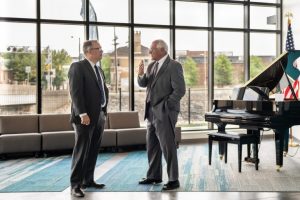 ‘We were just going to bag it’

Since 2011, York Academy Regional Charter School has developed into one of the most respected education systems in York County.

Back in 2007, when Dr. Baughman and others proposed opening the school, they needed about $950,000 to begin laying a foundation.

“Our expectations on getting the money were pretty slim,” Dr. Baughman says. “We believed it could work, but we weren’t expecting anyone to come forward.”

During a meeting with community investors, the price tag didn’t go over well as expected. 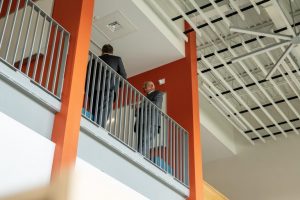 Later, though, Larry Miller, Chairman, President and CEO at PeoplesBank, approached Dr. Baughman. PeoplesBank saw potential in the project and gave him the loan.

The expenses went to securing the building that would become York Academy’s lower school, making initial hires and starting the marketing of the school.

“We always had high expectations for the project, but we also understood it could come to a screeching halt at any time with that price tag,” he says. “If they didn’t come forward, we were just going to bag it.” 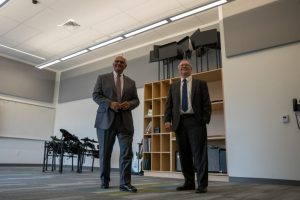 There’s a sense of pride Kveragas gets that comes when a PeoplesBank client asks for his opinion or when he drives by a project that he had a hand in.

“It means I’m more than just a banker. I’ve earned their trust,” Kveragas says. “They know we’re going to help them achieve their dreams, and that’s when you know you’ve made a difference.”

That trust was recognized this year as PeoplesBank was named the “Best Bank in York” for the fourth straight year.

“It’s a great feeling to know that our mission to be community builders had such an impact on the whole county,” he says.

What separates PeoplesBank, Kveragas says, is associates rooted in the community.

“I think we have a lot of associates who honestly care,” he says. “You wake up every day and make other people happy by going above and beyond, and that makes our job.”