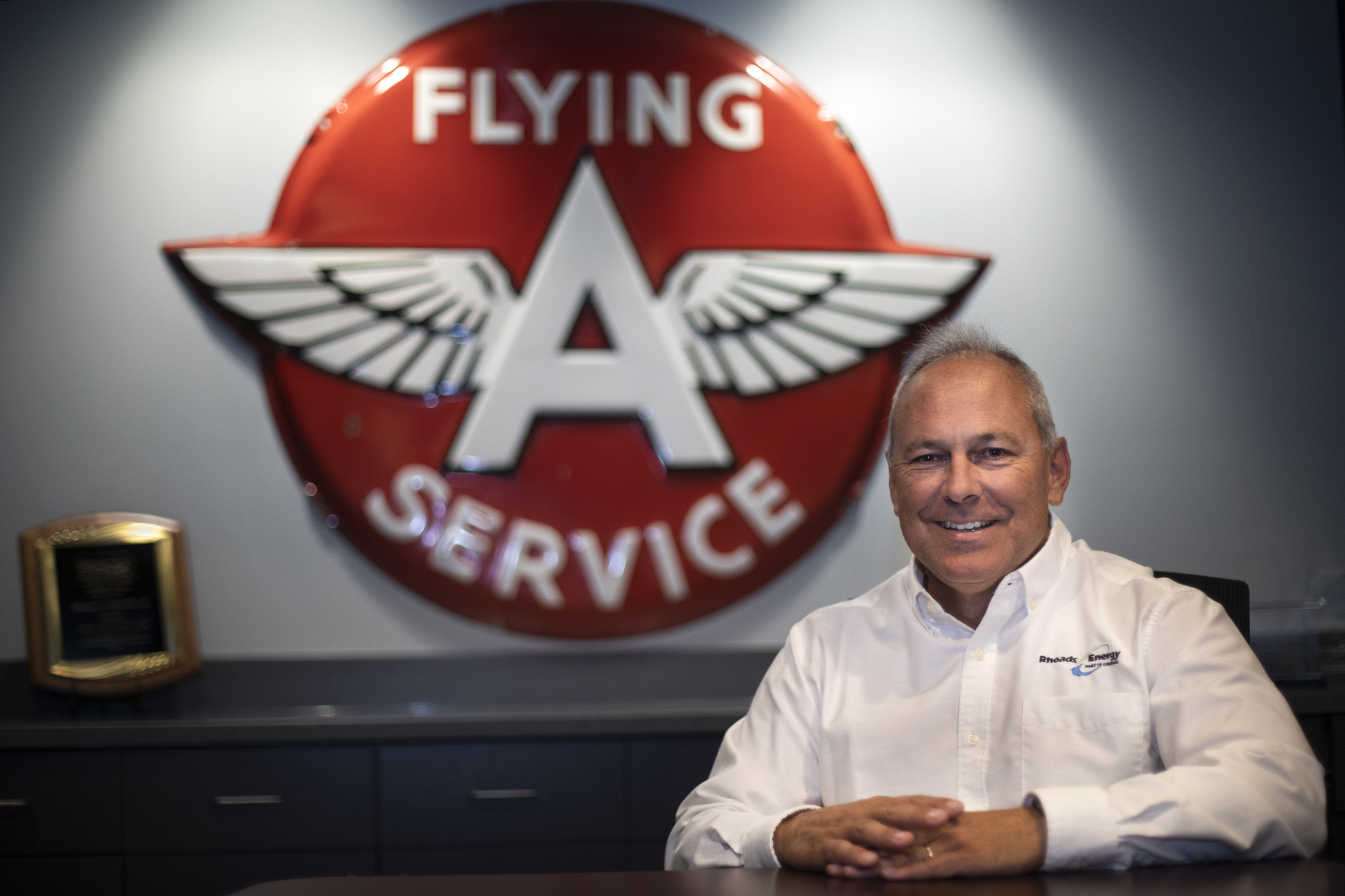 Michael DeBerdine, President and CEO of Rhoads Energy Corporation, has helped the business surge to seven locations with 147 employees – with dreams of continued growth and vitality.

Most people welcome a mild week in January. Michael DeBerdine and his business once dreaded it. For a company that sold fuel oil, just a handful of warmer days in winter would ruin an entire year.

DeBerdine, President and CEO of Rhoads Energy Corporation in Lancaster County, stepped into his role 20 years ago and dreamed of transforming the 25-employee energy business into an entity that would thrive no matter the temperature.

“We wanted to rebuild the company into the legacy company our founder Mr. [Jerome] Rhoads had built it up to be,” DeBerdine says. “He had done so much good for families in the community, his customers and employees. We had a lot of work to get us back on track after the previous decade of downsizing and liquidating to raise working capital and reestablish a strong financial foundation.”

It started in 1999 when they added selling of electricity to Rhoads Energy’s portfolio. In 2003, they acquired a delivery and HVAC company. Their profits fueled further acquisitions. Each one not only grew the company but also added stable sources of revenue they once lacked.

The company has since expanded to 147 employees and seven locations, but they’re not done growing.

A few years ago, Rhoads Energy set out to find a financial institution that had the technology to support their business model and had knowledge of their industry. They connected with PeoplesBank and have been surging with their help ever since.

Shortly after switching, Rhoads Energy weighed a potential acquisition that would bring 20% more volume to the business.

“After a call to PeoplesBank, they reviewed the details and told us to go for it,” DeBerdine says. “They’ve worked hard to understand our business and our goals.”

That working relationship has become personal.

“I’ve always had a good feeling with PeoplesBank,” DeBerdine says “They get us. They want to see us succeed.”